As one of the collaborative aspects of Changing Spaces,. artist and writer, Valerie Grove will be conducting an ongoing interview as the project unfolds. Her first question is addressed in this post.


1. Up until this point all of your work has been 2D and all has been painting. Although there have been changes in your painting style over the years this project seems to mark a major shift in your artistic development. How did this move to 3D emerge? 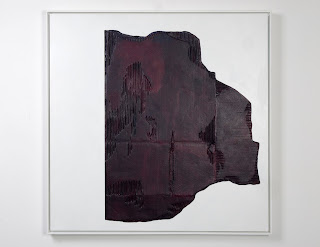 In 2009 I produced several paintings in which the surfaces were very thickly layered  and the paint was actually applied over other materials such as corrugated card inlaid into MDF. I left parts of the underlying materials exposed which revealed the depth of the layers and actually gave the appearance of 3D sections within the flat surface of the whole work. This was important because it was transitional work which really brought my interest in 3D into focus.
I took this much further in 2010 with four experimental pieces of art  in which I used found objects to produce three-dimensional wall mounted works. These were included in a solo exhibition exploring the physical relationship between London and England shown at Vestry House Museum, London E17. There was a lot of  interest in the approach I took in producing these works which encouraged me to investigate other ways of working within a 3D aesthetic using found objects.


I was fascinated by the physical scale of the development of the Olympic Park and its structural complexities and was lucky to be given an opportunity to visit the Park in its development stages. The ODA and the Lee Valley Park subsequently provided me with materials to produce a more ambitious body of work and the Lee Valley Park then offered me an exhibition as part of their 2012 programme. So this is my first real opportunity to just focus on producing 3D artwork and is how Changing Spaces has emerged.